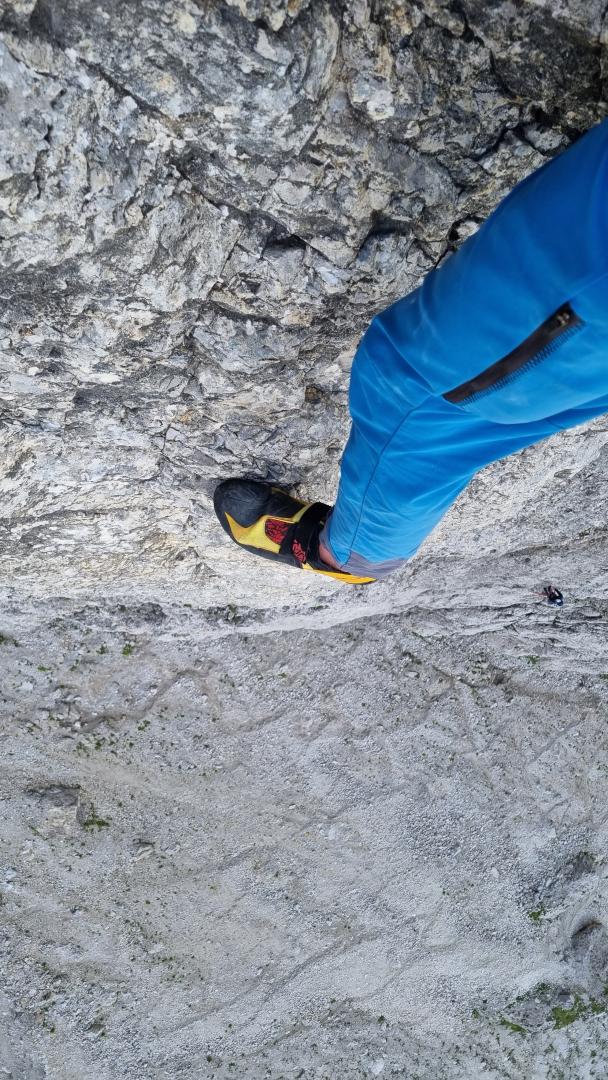 On this day I planned to have a look at a possible new line on Passo Lagazuoi (Dolomites) but unfortunately the roads were closed at Plan de Gralba because of a bicicle race. So in the early morning I had two options left: or driving home without doing nothing or walking up to the Passo Sella by foot and climb there by my own… and of course I choose the second option!
I started with the “Malsiner/Moroder” (4th Tower North Face, 300m, VI+) in the early morning (I could hardly feel my fingers due to the morning chill ) before I abseiled an continued with the “Vinatzer” route up the Westface of the 3rd tower (350m, VI-) to than scrumble down the gorge and climb the “Messner” (300m, VI-) on the 2nd Tower. At this point I was quite dehydrated so it felt very hard for me to stay focused. How it had to be I lost the original route in the upper part forcing me to climb some variant between the “Messner” and the “Fata Morgana” (that was definitely not planned!! But as I was alone I had no choice than keep climbing: scary moments!)… on the summit I relaxed a bit and tried to calm down before I walked down the normal route and climbed the “Pilastrini” (150m, V) on the 1st Tower’s South/Westface for conclusion.
I brought with me a thin 50m-Rapline (Salewa Master Cord) for abseiling, a pair of climbing shoes, a helmet, a harness and magnesia as well as 1l of liquit & a Snickers bar. My fazit: those who get by with little, definitely move more easily.
What a genious day! 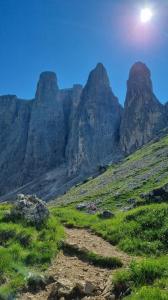 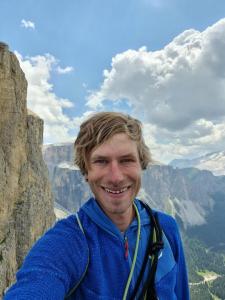